Lime Buildings and Structures in the UK! 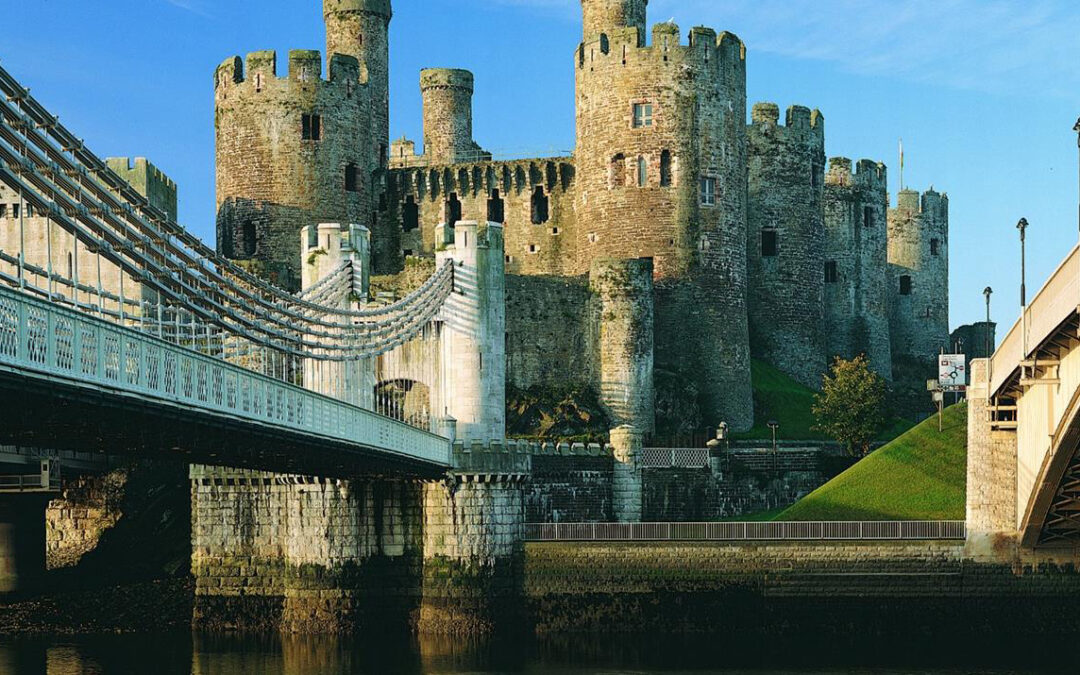 Lime is the principal binder of most traditional mortars, plasters and renders, with it central to the successful maintenance and repair of traditional buildings and their fabric. An understanding of lime is essential for anyone working on historic buildings and construction in general.

The history of lime being used for building in Britain is a long one, with the romans employing it in their construction. This has been continued to be used today, with lime regarded as one of the most ecological and environmentally friendly sources when it comes to construction.

In order to gain a feel for just how efficient lime products are in Britain, here are some monuments and attractions that used lime materials in their construction.

Known as the ‘stream in the sky’, the Pontcysyllte Aqueduct is a navigable aqueduct that carries the Llangollen Canal across the River Dee in the Vale of Llangollen in northeast Wales. Completed in 1805, it is used for narrowboat transportation, having been a key part of the central section of the proposed Ellesmere Canal, an industrial waterway that would have created a commercial link between the River Severn at Shrewsbury and the Port of Liverpool on the River Mersey.

Built by civil engineer Thomas Telford, the aqueduct is 12 ft (3.7 metres) wide and is the longest aqueduct in Great Britain (307 metres) and the highest canal aqueduct in the world. You can walk, cycle or boat across the aqueduct, only a mere 125 feet in the air! The mortar used by Telford to compromise the stones of the aqueduct was made from lime, water and ox blood. Due to its rich history and interesting manor, the landmark is classed as a World Heritage Site. A World Heritage Site is a landmark or area with legal protection by an international convention administered by the United Nations Educational, Scientific and Cultural Organization (UNESCO).

The Eddystone Lighthouse lies on the Eddystone Rocks in southeast Cornwall, 13 miles southwest of the small-port city of Plymouth. The interior of the construction uses limestone masonry, with the rocks supporting the lighthouse itself submerged below sea level. Located in some of the harshest weather conditions in the country, the need for the lighthouse came due to mariners not being able to see the rocks, causing multiple shipwrecks locally.

Being the fourth of its kind, the structure has remained since 1882. The first lighthouse (Winstanley’s) was swept away in a powerful storm, killing its architect and five men in the process. The second (Rudyard’s) stood for fifty years before it burned down. The third (Smeaton’s) is the best known, renowned because of its influence on lighthouse design and its importance in the development of concrete for building; its upper portions were re-erected in Plymouth as a monument. The first lighthouse, completed in 1699, was the world’s first open ocean lighthouse.

The strength of the structure is very impressive, with it being able to withstand even the worst of storms, even after being moved, block by block, in the 19th century, making it one of the most infamous lighthouses not only in the UK, but in the world.

Constructed by Edward I during the conquest of Wales between 1283 and 1289, the Conwy Castle is located in Conwy, North Wales. Over the next few centuries, the fortification played an important part in several wars, including acting as a temporary haven for Richard II in 1399. Following the outbreak of the English Civil War in 1642, the castle was held by forces loyal to Charles I, holding out until 1646 when it surrendered to the Parliamentary armies. Likewise, to the Pontcysyllte Aqueduct, it is known as a World Heritage Site.

The castle is defended by eight large towers and two barbicans, with a postern gate leading down to the river, allowing the castle to be resupplied from the sea. It retains the earliest surviving stone machicolations in Britain. The castle sits on a coastal ridge of limestone and grey sandstone. Much of the material of the castle was taken from the ridge itself, but some sources of sandstone were brought in from neighbouring cities and towns.

These are just three examples of the hundreds of sites that contain lime-based products in their construction in the UK, let alone worldwide! The efficiency and long-lasting life of lime in buildings has continued to pass the test the time, even in some of the most dangerous conditions.

We use cookies on our website to give you the most relevant experience by remembering your preferences and repeat visits. By clicking “Accept All”, you consent to the use of ALL the cookies.
Cookie SettingsAccept All
Manage consent

This website uses cookies to improve your experience while you navigate through the website. Out of these, the cookies that are categorized as necessary are stored on your browser as they are essential for the working of basic functionalities of the website. We also use third-party cookies that help us analyze and understand how you use this website. These cookies will be stored in your browser only with your consent. You also have the option to opt-out of these cookies. But opting out of some of these cookies may affect your browsing experience.
Necessary Always Enabled
Necessary cookies are absolutely essential for the website to function properly. These cookies ensure basic functionalities and security features of the website, anonymously.
Functional
Functional cookies help to perform certain functionalities like sharing the content of the website on social media platforms, collect feedbacks, and other third-party features.
Performance
Performance cookies are used to understand and analyze the key performance indexes of the website which helps in delivering a better user experience for the visitors.
Analytics
Analytical cookies are used to understand how visitors interact with the website. These cookies help provide information on metrics the number of visitors, bounce rate, traffic source, etc.
Advertisement
Advertisement cookies are used to provide visitors with relevant ads and marketing campaigns. These cookies track visitors across websites and collect information to provide customized ads.
Others
Other uncategorized cookies are those that are being analyzed and have not been classified into a category as yet.
SAVE & ACCEPT
Cart
Checkout - £0.00